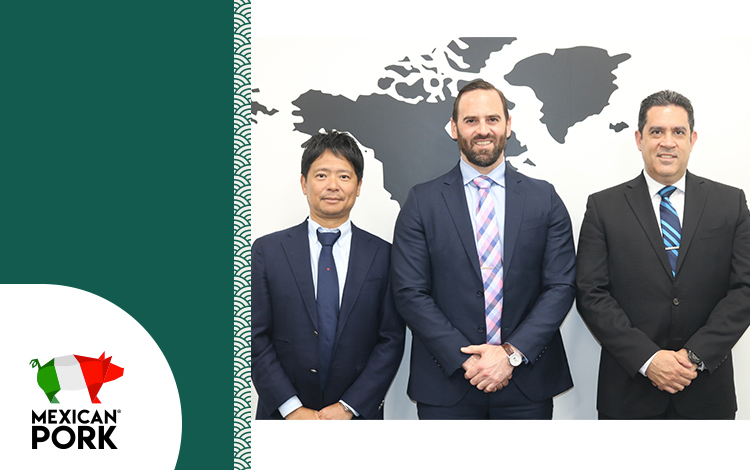 The largest pig producer in Mexico who started operation of a state-of-the-art factory in 2019, with a monthly capacity of 25,000 tons.

“Japan is a big market, GCM is a new player in the pork meat, and we would like to expand exports to Japan by conducting sales activities together with the Smithfield Japan office. Currently, live hog sales portion is major portion, but 18% of pork is exported, and 30% will be exported in the future, especially to Japan. In particular, the company will focus on expanding sales of chilled pork, aiming for 1,000 tons per month at an early stage and 3,000 tons in the future. In North America, loin and tenderloin are relatively inexpensive, but Bellies and collars are steady high level, so Mexico will focus on selling collars and bellies, which is advantageous. We will propose not only chilled products but also frozen (thawed products).” Regarding the results of this visit to Japan, he said, “This time, I was able to communicate with new customers with the staff of the Smithfield Japan office. We have received many offers to come and see the factory.”