Mexico exported to Canada almost 4,000 tons of meat (pork and beef) in 4 months 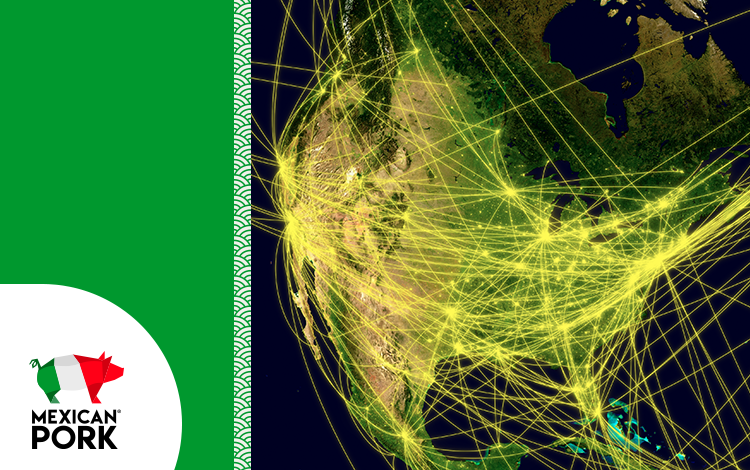 Mexico exported to Canada almost 4,000 tons of meat (pork and beef) in 4 months

According to the Canadian Food Inspection Agency (CFIA), Mexico is currently the fifth main supplier of meat products in that country, representing 2.3% of its purchases made abroad.

Marie-Pierre Mignault, agency representative, highlighted that trade between the two countries represents a value of 4,000 million dollars, which they expect to be higher this year thanks to the signing of the Agreement between Mexico, the United States and Canada (T-MEC).

According to GCMA, in the first four months of 2021, 1,265 tons of pork were positioned in Canadian territory, which represented an increase of 253.7% compared to the same period in 2020, representing 1.3% of Mexican shipments.

Regarding beef, the information indicated that sales to Canada amounted to 2,589 tons, a volume that exceeded that of the January-April period of last year in the order of 13.2%; in this case, the participation was 2.7%.

Fernando Rivera, Director of Imports and Exports of the National Service for Agrifood Health, Safety and Quality (Senasica), highlighted that this has been achieved thanks to the mutual recognition between both countries of the pork and beef control system, with which there are 47 Federal Inspection Type (TIF) establishments that can ship their products to Canada.

During his participation in the webinar Opportunities for collaboration and business synergies between the meat industries of Mexico and Canada – organized by the National Association of TIF Establishments (ANETIF) -, he explained that a boost for this has also been the Mexican Digital Trade Window Exterior (VDMCE), which allows the electronic certification of agricultural goods.