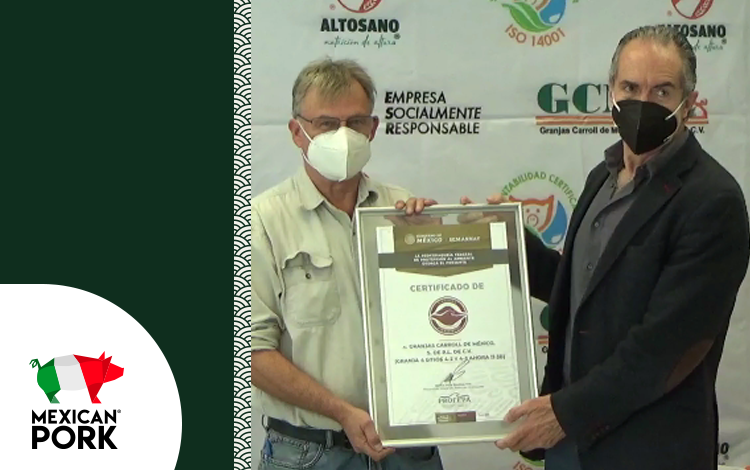 Profepa recognized the operation of seven pig farms, 28 production sites and the Granjas Carroll de Mexico Food Plant, this as part of the National Environmental Audit Program of the organization headed by Blanca Alicia Mendoza.

GCM reported that in total, seven farms were approved, each of them made up of 28 pig production sites, which have managed to maintain these recognitions during the last 10 years.

The authorities also delivered a certification for the GCM Food Plant located in Totalco, Veracruz (with an annualized production of 400,000 tons); With this recognition, this facility has four recertifications with a 12-year coverage.

In this regard, Víctor Manuel Ochoa Calderon, general director of the company, pointed out that the prizes obtained are the result of their strategies for the care of the soil, subsoil, water and air.

“Pig farming well done is the most sustainable way to produce protein of animal origin.”

The veterinarian reiterated his gratitude to all employees for their efforts in sustainability, and recalled that compliance with Profepa audits is part of the culture of comprehensive environmental management within Granjas Carroll.

Finally, he stressed that in all its facilities in Puebla and Veracruz, the company operates under the concept of circular economy, with which waste is used as raw material for other processes.