The Governor of Sonora inaugurates the expansion of ‘Norson’ 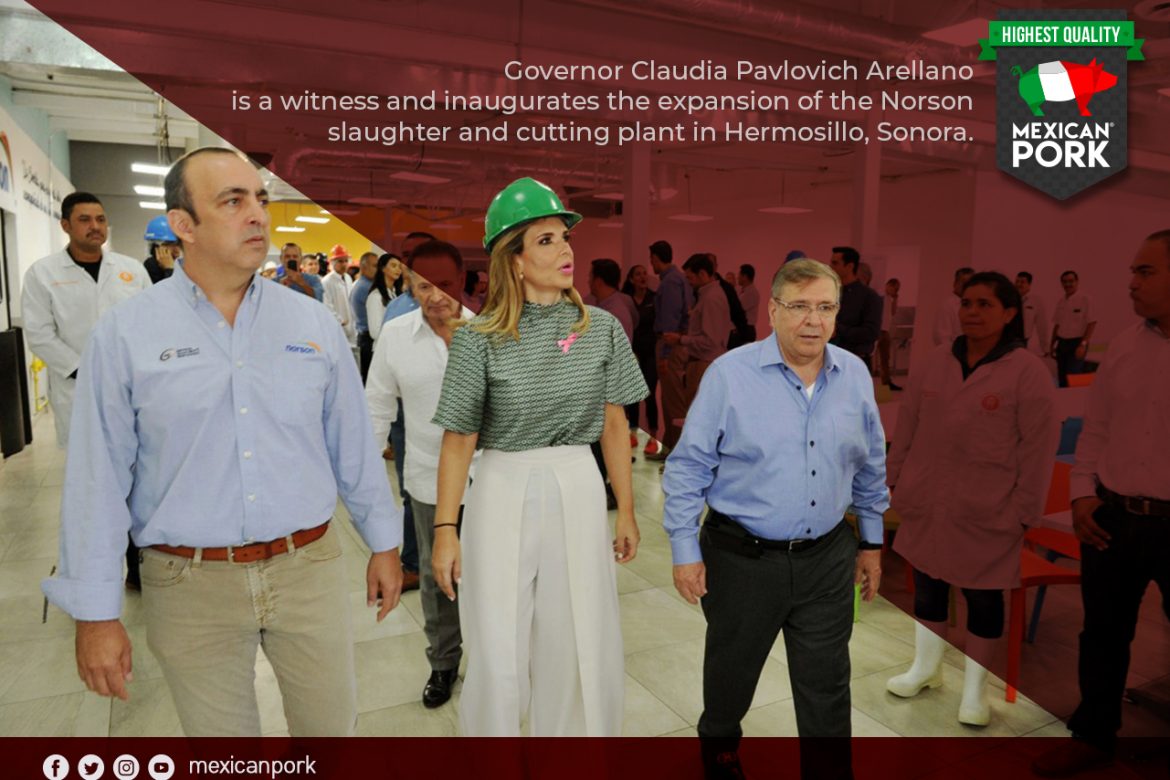 The Governor of Sonora inaugurates the expansion of ‘Norson’

Governor Claudia Pavlovich of Sonora, toured the Norson plant, where she greeted and congratulated the team for the work they have done in which the high quality of their products has prevailed, thereby allowing their commercialization in several countries, especially China.

“For a long time, Norson has been a business reference, not only in Sonora, its commitment to quality, but above all, its commitment to Sonora is clear, and I think I can speak on behalf of all Sonoran people when I tell them that all We are very proud of its history and growth, ”she said.

Jorge Mazón Rubio, president of the Administrative Council of Grupo Norson and Jesús Huerta Urquídez, general director of Grupo Norson explained that this is a producer and marketer of pork of international quality and to be consistent and respond to the demands of the world market, An expansion process was carried out in which 1,388 million 577 thousand pesos were invested, generating more than one thousand jobs in its expansion process.

This expansion includes the acquisition of new machinery and equipment, expansion, automation and modernization with high technology of the production lines in the slaughter and cutting plant, thus having an installed process capacity for 5,000 pigs daily.

In the area of farms, new spaces were also created for the growth of pigs, as well as the integration of pig farmers in the region; The production capacity of the feed mill was also increased to 420 thousand tons per year of pig feed, which makes it the leading plant in the northwest of the country.

“It shows that they are a good team, because these types of expansion projects suffer greatly when there is a flaw in the team feeling of all employees and collaborators, but, as stated colloquially, they have it clearly, in reality, what All there is to say is, congratulations, ”she said.

The Sonoran president in the company of executives and staff of Norson, unveiled a plaque of the slaughter and cutting plant located in Hermosillo, which was founded more than 45 years ago.